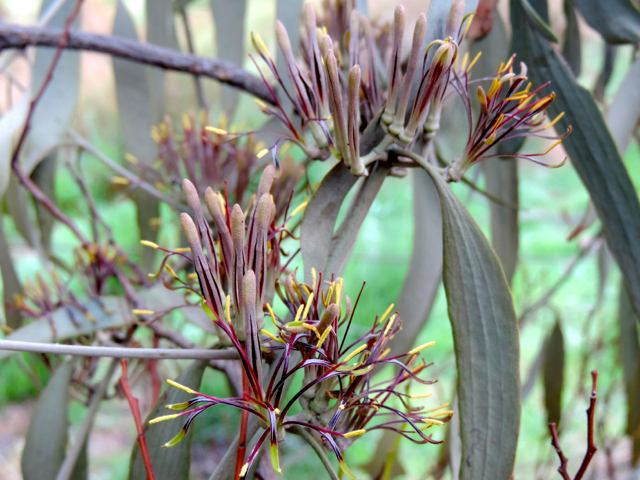 SOME clearing on the garden’s western boundary last week presented an opportunity closely to look at Amyema pendula, one of Australia’s extraordinary species of mistletoe. On the hill above the garden grows a sentinal Eucalyptus microcarpa grey box. It is laden with mistletoe, the plant that mimics its host – so much that on some species, such as Acacia longifolia ssp. longifolia Sydney wattle, it is almost difficult to tell host from guest. Many believe it to be a pest that can kill trees and shrubs, but in a 25-year study underway at Charles Sturt University in nearby Albury ecologist David Watson is setting out to separate myth from mistletoe.

Posted on June 8, 2014 by jamie kronborg in Winter