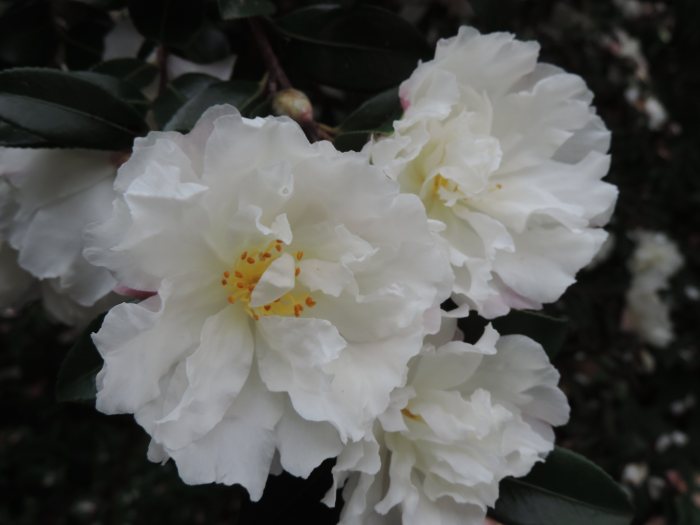 HELEN Gordon had a keen eye for a fine garden.

The English teacher at what was then Beechworth High School came in the late 1970s with her family to buy a few hectares of land near Three Mile Creek on which an American-born miner in the 1860s claimed to have buried a stash of gold. There stood a near-derelict weatherboard miner’s cottage and the spare remnants of an old garden.

Beyond it – across a shallow fold between a hill and a lane once alive with the bustle of miners and the plod of cattle, wagons and horses heading down to the creek – one of the district’s old families had quietly farmed small herds of jersey milkers for generations.

Burnley Horticultural College lecturer and Victorian Gardens Scheme guidebook author John Patrick wrote in 1988 that it had appeared to Helen Gordon a remote and lonely landscape – although only four kilometres south of Beechworth. But by her hand it became a place transformed.

Within a few years she had salvaged a great old cherry laurel Prunus laurocerasus – so often a tree that follows the discovery of gold. She restored to health a gnarled and twisted mulberry Morus niger which she found split and damaged, shaped a rare tree-sized Photinia beauverdiana var. notabilis and watched in wonder as an old cider pear blossomed in spring. She also planted camellia seedlings taken from the garden of a family house in Melbourne’s Camberwell.

These Camellia japonica – and, afterwards, C. sansanqua, reticulata, williamsii and lutchuensis grown about the garden in all their variety – found their feet.

Almost four decades later a pair of C. sasanqua ‘Mine-No-Yuki’ has reached six metres to brush the bull-nosed verandah of the house with its flushed white flowers – proof of a match between the Indigo Hills’ cool climate and the old mudstone soils in which the genus prospers. Another hedge of the autumn-flowering ‘Snow on the mountain’ extends for six metres and is clipped to two metres, its deep, polished leaves a particular foil for the ragged, irregular-form flowers.

A white-flowering, tri-petalled C. lutchuensis puts out delicate, weeping branches on which small, fragrant blooms emerge from bud-tips bruised red. Farther on – behind and above two ladder-branched Viburnum plicatum tomentosum ‘Mariesii’ on which white hortensia-headed flowers are budding in late winter – a pink-bloomed C. rosiflora has shed its tender, cupped petals as a carpet at its feet.

The camellia is endemic across east Asia and ranges through 250 known species. In Japan it has for centuries been called tsubaki. In a country where its cultural and spiritual traditions are enmeshed with the natural world like no other, tsubaki encapsulates the contradiction of beauty and transience, for the flower of C. japonica drops whole at its peak.

But they are lovely things – these shrubs and trees – and lend depth and scale to any garden, particularly when planted with acer, magnolia and michelia, all from the same region of the world. They can also be shaped to give structure, live for decades and yield a bounty of autumn and winter blooms leading into spring. 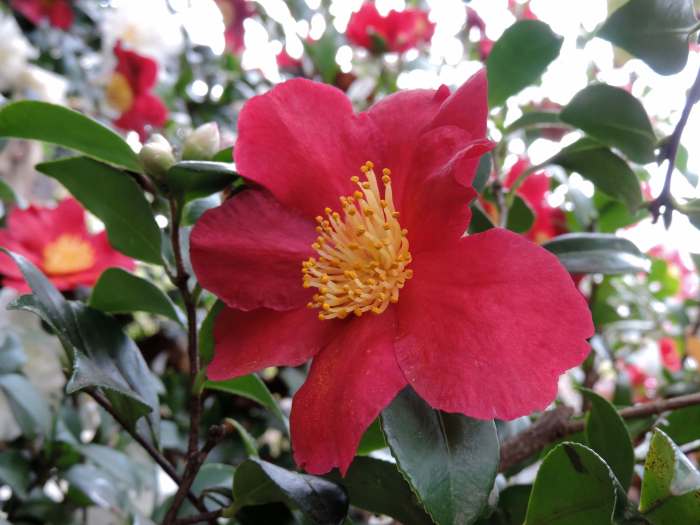 Posted on August 22, 2016 by jamie kronborg in Autumn, Winter