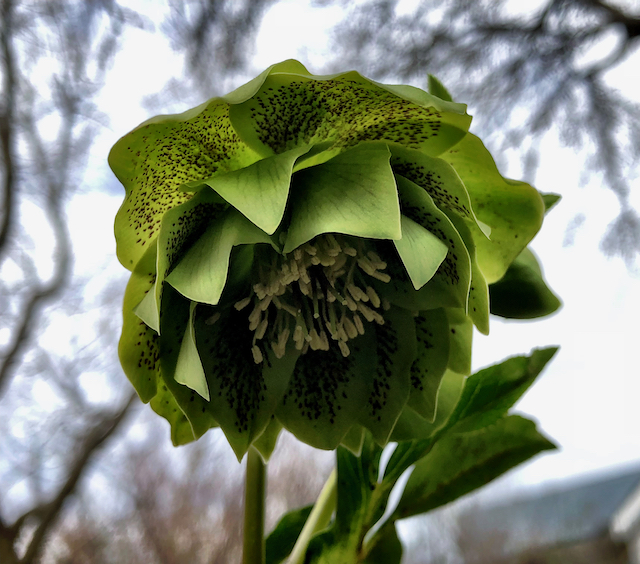 ‘Perhaps literally ‘plant eaten by fawns’, from Greek ellos / hellos ‘fawn’ + bora ‘food of beasts’,’ he writes in his excellent etymonline.com. But he cites another scholar who thinks it a pre-Greek word.

While the search goes on, one of a shipment of 12 plants from Post Office Farm Nursery arriving (beautifully packed) in July, and now foresting beneath an old black mulberry above our house, has put out first flags.